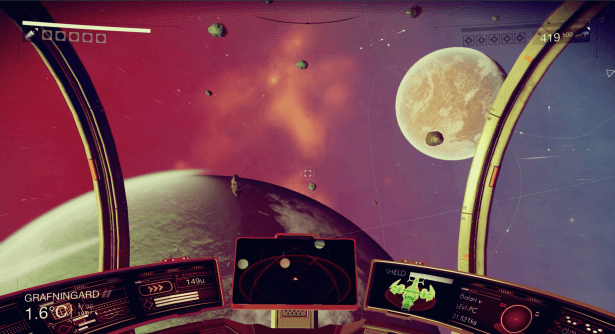 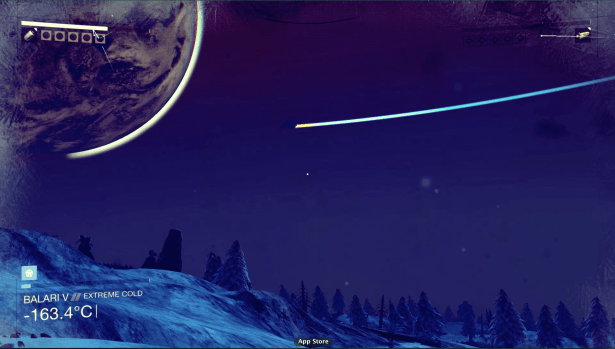 These are interesting numbers, but don’t really tell what the game is actually about. Hello Games says the main purpose is to reach the center of the Universe. Once there you will find planet 42, which coincidentally is the meaning of life.

Players will start off on the outskirts of the universe where the more hospitable planets are located. As you delve into the center, the planets and their life-forms will get more hostile and formidable. Make sure you make good use of the games upgrading system.

Nice segue into talking about the Upgrade System

Progression rely’s on your management of your space suit, space craft, and weapon upgrades. Trying to traverse Hoth in your nice breathable space suit? Increase your thermal protection to keep from freezing your tookus off. Need some serious fire power to get to a new planet? Spruce up that space craft with the biggest and best.

Traverse planets, trade with the locals, and maybe take out some other ships to get the resources needed to make you the best space explorer out there.

Despite previous rumors, there will be a multitude of NPC’s to interact with. Most are from alien races, so players will need to investigate the planets writings and hieroglyphic-covered monoliths to learn their language to be able to trade. Speaking of monoliths, if there isn’t a planet where a large group of apes are worshiping a big black iphone, we’re out.

While No Man’s Sky is a shared universe, good luck bumping in to another actual living soul out there. The chances of playing with other people is “zero.” Sean Murray has stated that 99% of the game’s solar system will go untouched by each single player. So, don’t expect to go exploring with a party of more than one person.

It is still a shared experience though. If you hit the universal jackpot and land on the same planet as someone else you will see exactly the same thing. Discover a planet and take out half the wild life and name every other creature Bob? Well every other player that lands on the planet will now be wondering why the ecosystem is so screwed up and why is everyone named Bob.

There are no load screens in this game. Getting tired of planet Bob, well just hop in your ship and fly into space with no waiting in between. As a whole most things will load in without the player noticing, but the occasional pop in does occur. We expect high end computers to have this issue a lot less than their PS4 counterparts. 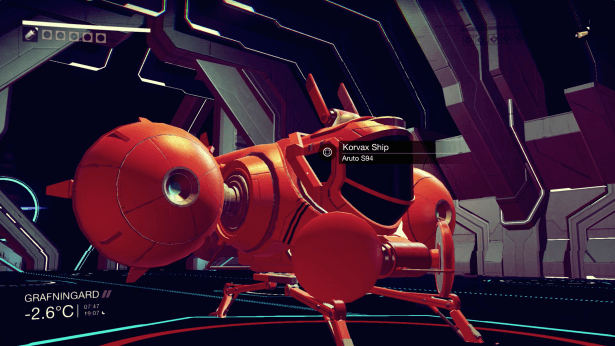 Whether it be a forgotten control center on a planet you just discovered, or a space station you find while roaming amongst worlds, the interiors are fully explorable, and where most NPCs like to hang out. Forgot to upgrade your thermal protection while visiting Hoth, you will be extremely grateful to find an odd shack with banjo playing cephalopods out in the middle of nowhere.

There are also huge cave networks to be explored as you “dig” into a planet. This is where some very valuable and useful minerals will be found.

No Man’s Sky hits PS4 and PC on June 21, 2016. And yes there are plenty of editions to get this game in. Our favorite is the Explorer’s Edition (PC) You can get it from UK retailer iam8bit. No word on a North American store selling this version, but you can get it shipped across the pond. 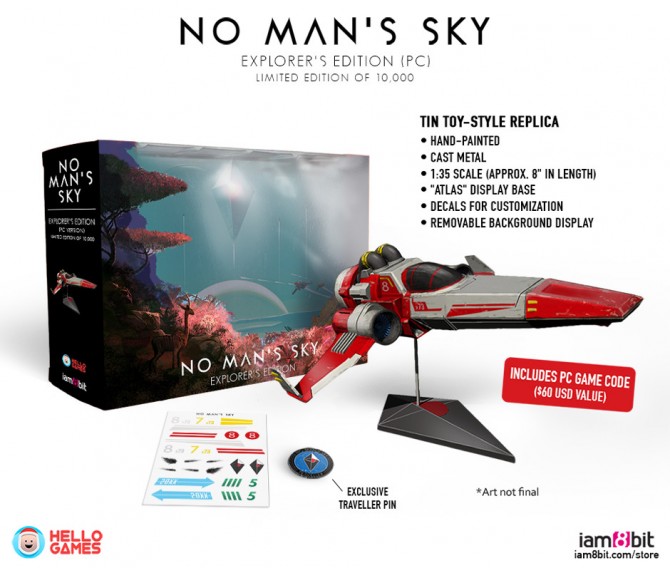 I am still unsure about this game. It looks great and will keep my attention for several hours, but not sure how long before the appeal starts to wear off. I get the lonely space exploration side of things, but a true multiplayer experience would be great. Even if it is just a way to send out coordinates to friends. I am hopeful for this game and plan on playing it, not sure if I will ever make it to the center of the universe though.